I intended to post something else this week because I do want to try and keep to at least two posts per week but this particular week was a hard one so all you’re getting from me is the media post hopefully next week’ll be better.

Since I talked about Masia One a couple of weeks ago I figured I should talk about another artist I saw at the same festival and immediately fell in love with – Ming & Ping!

Ming and Ping are twins born in Hong Kong but now based in San Francisco and their music gives me flashbacks to all the good parts of the 80s – the use of electronica, the make-up, the theatrics, the mystery (from their wikipedia article: Interest in the group is aided by many rumors that both twins are in fact the same performer. However, due to their rare public appearances, these rumors remain unconfirmed). Remember the days when artist wore masks and who knew who they were and it was all about the music and the crazy characters they were on stage? Yeah that’s what it reminds me of.

Plus their videos are visually beautiful as if the artwork from their album cover thanks in part to Bao Vo their producer/creative director. 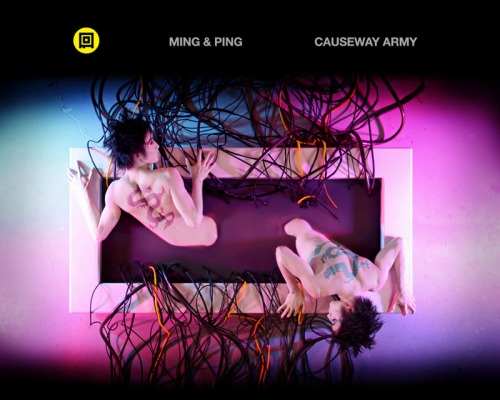 Masia One is a Chinese-Canadian rapper who I believe is pretty well-known in Canada.  In fact she was the first female rapper to be nominated for “Best Rap Video” in the MuchMusic Video Awards, which from what I can tell are like our MTV VMAs.

I became aware of her back in March during the San Francisco International Asian American Film Festival when her video “Return of the B-girl” was shown during the Music Video showing which included musicians of Asian descent from America, Canada, Britain, HK and elsewhere. I was an instant fan and I thought I should share a few of her videos since she’s virtually unknown in America which is truly a shame.

Media Friday – The Buffy Spin-Off that Never Was

Recently a three minute clip of the scrapped Buffy cartoon was leaked online. I think all the actors from the show voiced their characters except for Sarah Michele Gellar and I don’t know who they got but her voice is very reminiscent of SMG’s. Checking it out I see a lot of potential, there are some rough jokes and weird pauses but then again this is a pilot so chances are it would have gotten better over time.

For me this goes in the “Things The Suits Passed On But Never Should Have!” along with the Global Frequency pilot. Anyway check out the clip!

Estelle is a rapper/singer/producer from across the pond who you mightknow because of her song “American Boy” featuring Kanye West.

I love her recently released album Shine I think it’s amazing but here’s the thing she’s nowhere near as heavily praised as some of the other “neo-soul” artists that have come out of Britain – Amy. Winehouse, Duffy, Adele. The difference is of course that all of those are white women who get cred for having throaty voices and singing “soul” music. There is a huge disparity in the way that the Music Industry treats white soul singers as opposed to black soul singers like Leela James, Jaguar Wright, Lina and more.

Estelle brought up the disparity herself in the Guardian, about Adele and white soul singers in general she says:

“She sounds like she heard some Aretha records once, and she’s got a deeper voice – that don’t mean she’s soul. That don’t mean nothing to me in the grand scheme of my life as a black person. As a songwriter, I get what they do. As a black person, I’m like: you’re telling me this is my music? Fuck that!”

And while I will say I have Winehouse’s and Adele’s albums I always feel uncomfortable listening to them, there’s a cultural appropriation happening that really bothers me. This is not to say white folks can’t sing soul, one of my favorite soul acts is Robin Thicke but there’s a way in which his music crosses the line to cultural appreciation instead of appropriation. It’s hard to explain but when he sings and performs it feels different, like he knows and cares about the community he’s interacting with as opposed to just caring about profiting from them. But Estelle hits the nail on the head, when listening to Winehouse, Adele and Justin Timberlake I can’t help but think – “As a black person, I’m like: you’re telling me this is my music? Fuck that!”

By now most of you have probably heard about OSC’s rabidly heterosexist rant in the Mormon Times. If you haven’t check out Yonmei’s deconstruction over at Feminist SF – The Blog. Yonmei’s blogged extensively about OSC’s bigotry over on FemSF but his rant against marriage equality really takes the cake. Bankuei over at Deeper In The Gamereminded me of OSC’s book Songmaster, it’s a relevant point in the discussion that OSC does have queer characters in his books they just always come to horrible ends or realize the way they are is wrong and live in unhappy marriages.

So Media today! I recently talked about Comic Book Tattoo, the almost 500 page comic anthology with over 50 stories all based on Tori Amos’ songs. Well I read the whole thing and it’s amazing and I recommend it to everyone even if you’re not an Amos fan. If you are an Amos fan then sweet jebus you have to get this book! Reading the book while listening to the song that inspired it is fascinating the two different forms inform each other so much that you end up catching nuances in both works that you didn’t notice before. In celebration of that here’s some Tori, a couple classics, a couple from her newest album and one from her hard to find early metal album Y Kant Tori Read: